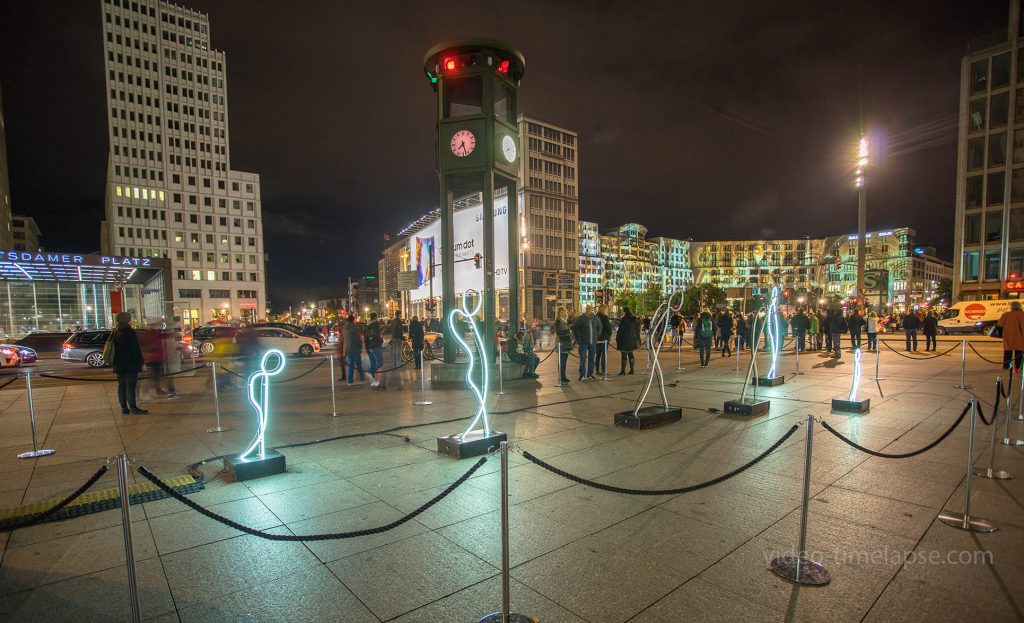 The tourism sector has evolved over the years, it is a much more mature tourism that knows and is more demanding than a few decades ago. One way of awakening their interest, of bringing them closer, of arousing their curiosity is through a Time-Lapse video of tourism, of travel.

The promotion of destinations

The country with the most visits from foreign tourists is France with about 83 million a year, sure by the United States of America which is around 75 million and China with 55 million. Spain is the fourth with more than 65 million foreign tourist arrivals per year.

As you can see the ratio of France is impressive, if you measure the proportion of visitors according to the number of inhabitants is amazing.
In Spain the same thing happens, for every inhabitant arrives approximately 1.4 tourists. Austria’s tourism potential is spectacular in relative terms, a small country with only 8.4 million inhabitants receives no more than a whopping 25 million tourists annually, i.e. for every inhabitant the country receives 3 tourists.

It has to be said, though, that Austria is constantly investing in campaigns to promote tourism, which are rewarded by the influx of tourists. The return on investment in tourism marketing is very high.

The opposite would be the case in a country as leading as Germany, although perhaps in the tourism sector it still has a lot to do.
The data speak for themselves: with its 80 million inhabitants, it receives some 32 million visitors a year, which in absolute terms is a large number, but in relative terms gives only a ratio of 0.4 tourists per inhabitant.

Focusing on promoting destinations, making a good Time-Lapse tourism destination video is positive for the immediate future. It is not an expense, it is an investment.

A Time-Lapse tourism video shows in images the passage of time of different aspects of a town in an aesthetic and interesting way that attracts the attention of the viewer. Situations that are barely perceptible to the naked eye jump to mind when viewing the different sequences within the video timelapse.

When the tide rises on a northern beach, the shell beach in San Sebastian is a good example, in a series of photographs you can see in just a few seconds the evolution of the tide, as the sea water rises as time passes and eats up the beach, each time the little piece of sand is smaller and smaller.

Another example could be the image of a sunset, the sun goes down quickly in a matter of seconds and disappears into the mountains. In real time this would take at least an hour, but in the Time-Lapse tourism video sequence everything can happen in just 3 seconds. Thus with the combination of different shots, locations can be made a final video timelapse that brings together and summarizes a region a city, a town or a region.

Planning and location of tourist places

Before making the Time-Lapse tourism videos, it will be necessary to plan, to make a small script in which the most interesting places are gathered, the ones that are going to be visited and in which the photographer is going to take the series of photographs.

To elaborate the script, the route plan, the photographer with the help of a locator – if possible – will do as in cinema, will locate first the places, will see what time can be the best to take the pictures, from what angle and in what time of the year would be the ideal. Logically, during the location work, new ideas or new places within a larger one may arise that were not contemplated, but that may be graphically very attractive.

Sample images will be taken to have a visual reference in the script and on the day of the production to know quickly where to place and what to see.

A good route plan for a tourism Time-Lapse is fundamental

Once the location forecast is made, a route plan will be drawn up, and the duration of the travel photo shoot for the Time-Lapse tourism video can also be predicted, and it will be possible to propose at what time of year it would be most convenient to do so, or even whether it would be advisable to go to certain locations during the different seasons.

A great alternative that our Austrian neighbors -leaders in tourism- have been implementing in recent years in tourist places.

The travel timelapse is an ideal way to present the place and vibrancy of a destination. Traditional video or security cameras do not stand out because images appear pixelated and especially at night  when there is little light you may not even be able to distinguish anything in the image. High resolution timelapse cameras, show the scene with cinema quality. Even in low light, at night or indoors they offer outstanding image quality and sharpness.

The images taken by the timelapse-camera are automatically uploaded to your webpage and the public can see the scene in real time. It is widely used in places of interest or locations with picturesque views. This way the tourist will know before arriving when seeing it on his mobile phone, tablet or computer how the place looks like.

If you have more Time-Lapse video cameras for tourist promotion you can combine shots of different locations and edit an attractive final video with cinematic quality.

Editing the Time-Lapse video for tourism

Timelapse images can be used for editing a Time-Lapse tourism video that shows the place for a certain period of time, which can be a year, watching the leaves bloom in spring, going through the warmth of summer or the yellowish colours of autumn, until the snowfalls of the cold winter arrive.

On the other hand also exists the possibility to have users watching picturesque views in live view.

The tourism timelapse equipment will fulfill several functions: On one hand it will for real time image transmission in place and on the other hand and at the same time it will generate automatically recent image footage which serve as high-resolution material to elaborate a catching Time-Lapse video for tourism promotion.

Another usage would be a high-resolution security video, with shorter intervals for detecting possible incidents against like the protection of tourism goods and theft in these places.

Advantages of Time-Lapse video for tourism